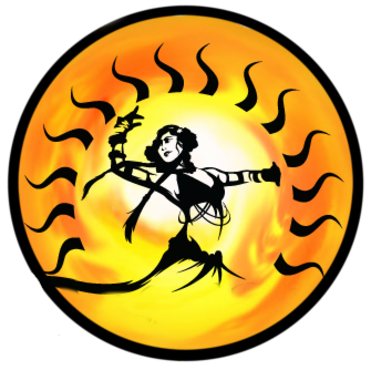 Cienna has been Dancing for 37 years, beginning with Ballet, Tap and Jazz. Followed her Mediterranean heritage into Belly Dance at the age of 18, thanks to a serendipitous casting as a Belly Dancer in a college production of “Man of La Mancha”, she found a home like no other in the world of Belly Dance.  With award winning performances in both Florida and New York, Cienna brings a level of Joy and passion within dance that is contagious for her audience, and strives to impart the beauty of all women, at every size, shape and age. With a Masters degree in Education, Teaching is at the core and heart of Cienna’s practice. Utilizing the scaffolding of techniques to break down core movements, layering and drills, students become confident in their ability at every level of skill.

Natalia is one of the newest teachers at Tribal Dance Long Island. She has been teaching yoga for three years and teaching pole and dance for a year and a half. She found yoga in high school years ago and loved that it could supplement her cheerleading training while keeping her mind focused and calm. She has been pole dancing for four years, competed in two PSO competitions. She loved the athleticism and showmanship of a sport that one could do individually while still being part of a supportive community. Natalia believes that if something is not going to piss people off, its it's not worth doing! Natalia studied politics, economics, and human rights at Hunter college and is a longtime feminist, vegan, and activist. She is also a member of the LGBTQ charity cheer team, Cheer New York. She is always looking to combine her love of fitness and activism; and hope's to inspire not just her students, but the world through pole, dance, and fitness.

Erika is a home-grown TDLI Student to Pole Instructor!! With her XPERT Pole Certification in  Level 1 & 2, Erika is an instructor and personal training fitness professional specializing in strength and conditioning and body sculpting. Erika began pole dancing in 2017 after a personal weight loss transformation. Focused on pole & aerial fitness form and technique, Erika is an inspiration to her students and everyone who meets her.

Sarah Schmitt has been a part of Tribal Dance Long Island for 5 years. Having come up through the ranks as a top student and performer, not to mentions so much skill with a needle and thread, Sarah is an integral part of the TDLI Family. With her gentle and nurturing nature and skill at breaking down technique, Sarah is a wonderful addition to our family of instructors.

Anjuli is a new instructor to Tribal Dance Long Island straight from Texas! From an early age, Anjuli is a life long Bollywood dancer but calls American tribal, or improvisational, style her forte and her passion. She trained and danced with Caravan Boheme troupe in Central Texas, but calls TDLI her new tribe. Through her teachings, Anjuli will break down group improvisations, leading/following, formations, the distinct vocabulary,  costumes, joy and a continuing culture of Sisterhood. 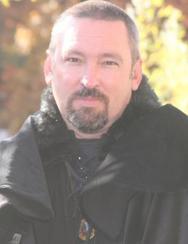 Jesse and Sophia have been rising in the ranks at TDLI due to their dedication, skill, passion and love of fusion belly dance. Jesse is a 2 year member of of the TDLI professional Performance Troupe, as well as the Jr Choreography Coach for TDLI and captain off the Teen performance Troupe, World Wind Dancers.  Sophia has been dancing with TDLI for almost a year, but in her short tenure at TDLI, Sophia has advanced by leaps and bounds, sharing her love of dance, passion for performance and dedication to the ambassadorship of Tribal dance Long Island.

Gerard Laskowski, known a "The Ugly Duckling" of TDLI is an important member of the TDLI Tribe. With expertise in Sound, Audio and Stage management. He is the Resident Dance Herder, Security and the voice of support and encouragement to the Art form he loves and the students and staff who find their way to TDLI.

​   Teeny  is an accomplished dancer, aerialist, musician and performer!

Teeny is a top notch instructors specializing in aerial, pole and sensual arts. Teeny  brings passion, enthusiasm and joy to every class and performance. With over a decade of intense training, performance art and passion, Teeny brings a unique sensual skill to her classroom, making her classes, fun, challenging and very empowering. 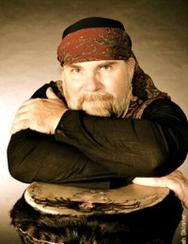 Trisha’s passion for the art of exotic pole began 12 years ago when she discovered the strength, flexibility and confidence pole dancers exuded so effortlessly. Trisha loves to perform and brings exoticism wherever she goes. Pole fitness is an empowering and uplifting activity that channels your inner sexy all whole burning calories. It’s time you break out of your comfort zone and unleash your super powers. Come pole with Trisha and fall in love with yourself!​​ 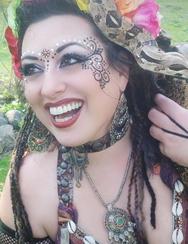 Jeff Webb has been a professional drummer since 1969. Jeff began his studies with famed Jazz Drummer Al Miller in 1964, and then pursued a career as a rock and roll and jazz drummer. For many years, Jeff played djembe (a traditional African drum) with several West African dance companies, all the while maintaining a separate interest and practice in Middle-Eastern Percussion. He took his first “Derbakki” classes with Musicians Billy Woods and Daveed Korup, and than later with Karim Nagi and Raquy Danziger. Jeff then studied with famed Syrian drummer Amir Naoum who became his mentor. For over two decades, Jeff has played for Belly Dancers all over the New York and Tri-State area